A LIFETIME OF DAMAGE SURVEYS 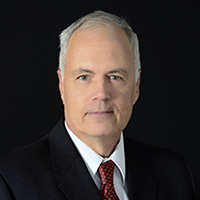 The first webinar session was held on Tuesday, October 27, 2020, at 2:00 pm Eastern.  You can find the webinar recording here: https://drive.google.com/file/d/1voJ1LsY1fB3kWeiWam3g7N6U3D5QIHxB/view?usp=sharing

Tim Marshall ranks among the world’s foremost experts on wind damage to the built environment.  In addition to being a structural /forensic engineer and meteorologist, he is a pioneering storm chaser.  He has conducted more than 10,000 damage surveys of hailstorms, tornadoes, and hurricanes over the past 40+ years.  Tim has played critical roles in the development of the original EF Scale as well as updates to the EF Scale for tornadoes and the Saffir-Simpson scale for hurricanes.  He has served as a damage survey trainer for the National Weather Service and has served on the national VORTEX2 and ROTATE Projects.  Since 1983, Tim has worked for the leading Texas firm of Haag Engineering (eventually serving as Senior Engineer and Meteorologist), where he has served as an expert witness for hundreds of legal cases involving storm-related damages.

This presentation highlighted some of the notable tornado and hurricane damage surveys Tim has participated in over his 40-year career, including Hurricanes Andrew, Ivan, and Katrina as well as tornadoes at Moore, OK, Greensburg, KS, and Dallas, TX.